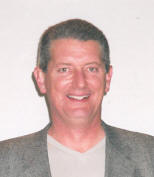 He was born July 21, 1959 in Elyria, Ohio. Tim graduated from Midview High School and Muskingham Area Technical College. He was an avid sportsman who enjoyed hunting, fishing and scuba diving. He enjoyed spending time with his family, granddaughters and friends. Tim earned several recognitions over his 28 years of service with the Stark County Ohio Division of Wildlife as a Game Protector.

Calling hours will be held on Monday, March 18, 2013 in the Reed Funeral Home North Canton Chapel (801 Pittsburg Ave. NW) from 2 to 4 and 6 to 9 pm. Funeral service will be conducted in the funeral home on Tuesday, March 19, 2013 at 11:00 am. Those wishing to share a fond memory or their condolences may sign the Reed on-line guestbook at our website www.reedfuneralhome.com