Early Monday, May 28, we lost our husband, father and friend, James M. Keener, 85, who died peacefully at Willow Brook Christian Home.  Jim was born Jan. 31, 1933, to Louise (Mowbray) and Howard R. Keener in Mansfield, Ohio.  Jim graduated from Springfield HS in 1950, and worked for his father as a painter until he served in the US Army in 1954. 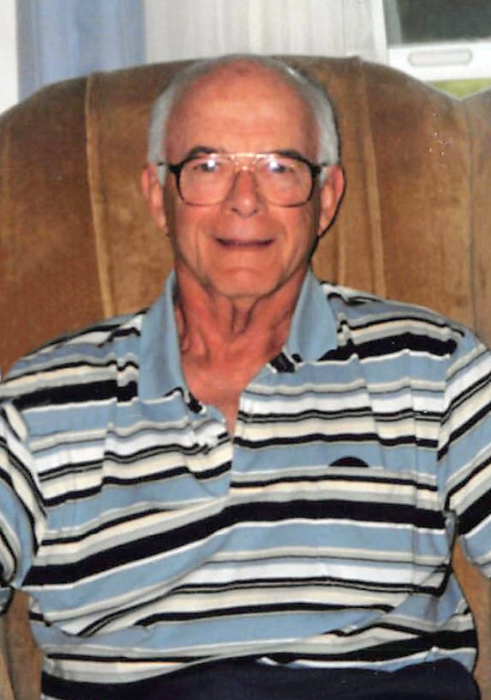 In 1959, he graduated from OSU as a Wildlife Biologist and married Suzanne D. Wilgus.  Jim worked 33 years for the Ohio Division of Wildlife and retired in 1986. He was an avid hunter and fisherman, past President of Ohio Chapter of the Wildlife Society, and member of North Broadway United Methodist Church.  His brothers William R. and Richard L. Keener, and his lifelong friend Karl Blauvelt and Karl’s wife Iva Lou preceded Jim in death.  He is survived by his wife of 58 years,

Suzanne D. (Wilgus) Keener, daughter Amy (Gina Paolini) Keener, son J. Andrew (Rose) Keener, and grandchildren Shane Whitacre, Madeline and Lillian Keener.  Although Jim was a man of few words, he left the world a better place by sharing his many gifts.  He was a handyman, a gardener, a grill master, a nature lover, algebra homework helper, and bird call expert.  Jim was happiest in a boat on a quiet lake fishing or surrounded by his family.  Visitation will be at Shaw Davis Funeral home at 4341 N. High St., 43214 from 2-4 and 6-8 PM on Friday, June 1.  A service will be held at Shaw Davis on Saturday, June 2 at 10 AM with burial immediately following at Somerford Cemetery, Route 56, and Somerford Twp, OH.  In lieu of flowers, a memorial donation may be made in Jim’s name to support one of the four funds offered by the Ohio Division of Wildlife.  Their website is: wildlife.ohiodnr.gov  or to Willow Brook Christian Home, 55 E. Lazelle Rd., Columbus, OH 43235.