Terry Sunderhaus, age 67, of Bowling Green, OH passed away unexpectedly on Thursday, February 22, 2018 at his residence. He was born on November 3, 1950 in Celina to Wilfred and Jeannette (Kingsley) Sunderhaus. On June 3, 1983 he married Pamela Davies in Fremont, OH and she preceded him in death recently on February 16, 2018. 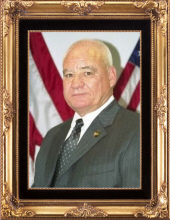 Terry worked as the Ohio Department of Natural Resources Division of Wildlife District 2 Law Enforcement Supervisor. Anyone who knew Terry knew him as a 100% all in kindof guy, whether it be hunting, fishing or anything else dealing with an outdoor activity. He was known for his love of Beatles music, being ornery, his crazy sense of humor, sarcasm, a readiness to help where it was needed and talking to just about anyone willing to listen. Among Terry’s memberships were: Pemberville Masonic Lodge #516 F&AM, Pheasants Forever and Ducks Unlimited to name a few. In his spare time, he enjoyed spending time with family and was always a dad and grandpa first above all other things.

Terry is survived by his children: Tara (Isaiah) Loar of Rudolph, Paul (Cathy) Sunderhaus of Celina, grandchildren: Hunter & Caleb Loar, Lily Sunderhaus and sister: Barb Belna of New York. He was preceded in death by his parents and wife: Pamela.

Family and friends will be received for both Terry and Pamela on Sunday, March 4, 2018 from 12 Noon until 3PM in Cadet West located at Nazareth Hall, 21211 West River Road, Grand Rapids, OH 43522. A joint memorial service will begin immediately following the memorial visitation at 3PM with Pastors Justin Deuel and Russ Teegardin, officiating. Arrangements are being handled by the Marsh & Marsteller Funeral Home, Pemberville, OH. Memorials may take the form of contributions to the family for the grandchildren’s college fund C/O Tara Loar.

To send flowers or a remembrance gift to the family of Terry S. Sunderhaus, please visit our Tribute Store.